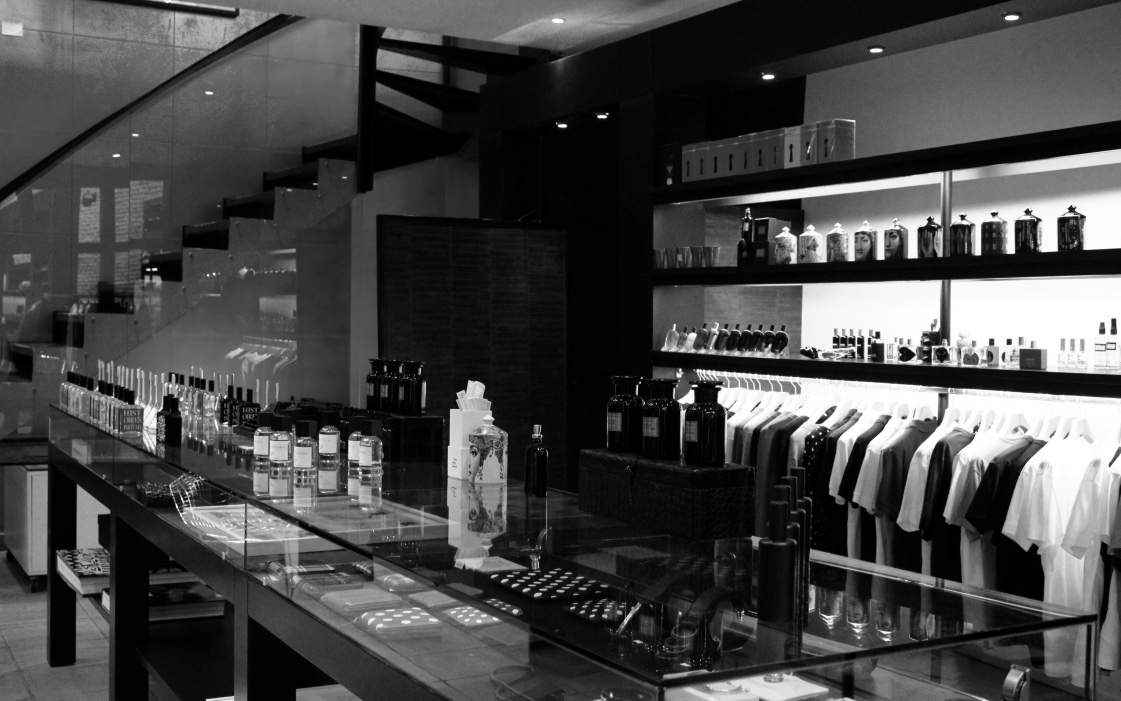 Histoires de Parfums, Orto Parisi, Les Eaux Primordiales, Escentric Molecules, Nico Uytterhaegen, Comme des Garçons, Liquides Imaginaires - these names may be unfamiliar to most people, but they have seduced a clientele of initiates...

A niche perfume is a rare object, considered as a work of art.

Their creators are daring and inventive, and they cultivate a certain rarity in their choice of notes, which harmonize less consensually for a very singular scent register.

The process of creating a niche perfume begins with research on the fragrance, whose raw materials are very often natural and noble ones, their compositions complex, daring and assured.

The aim is to create evocative essences, reserved for connoisseurs, and obviously more sophisticated than mass perfumery. The approach is more elitist and more human.

The resulting perfume shows its difference, and reveals the personality of its wearer.

serie ||| NOIRE clients are interested in this type of fragrance because they look for emotions, for their own Proust’s Madeleine. They look for more personal and more evocative scents than those of mass produced, widely-distributed perfumes. Even during the time of purchase the choice is strictly personal; our expert advisors only assist the client in discovering new notes.

We are specialists in personal products, and we take our clients into the creative universe of each brand and explain the artistic approach of each perfume. Those who seek become educated and knowledgeable. Like a garment, their perfume is part of their style and attitude, and says a lot about their personalities.

Explore our brands and ou universe  on www.serie-noire.com

Redefining the codes of perfumery, this collection by Gérald Ghislain obeys no constraints except that of the imagination.

In a blend of tradition and modernity, expertise and creativity, Histoires de Parfums publishes its fragrances in luxury editions to be expressed on the skin. 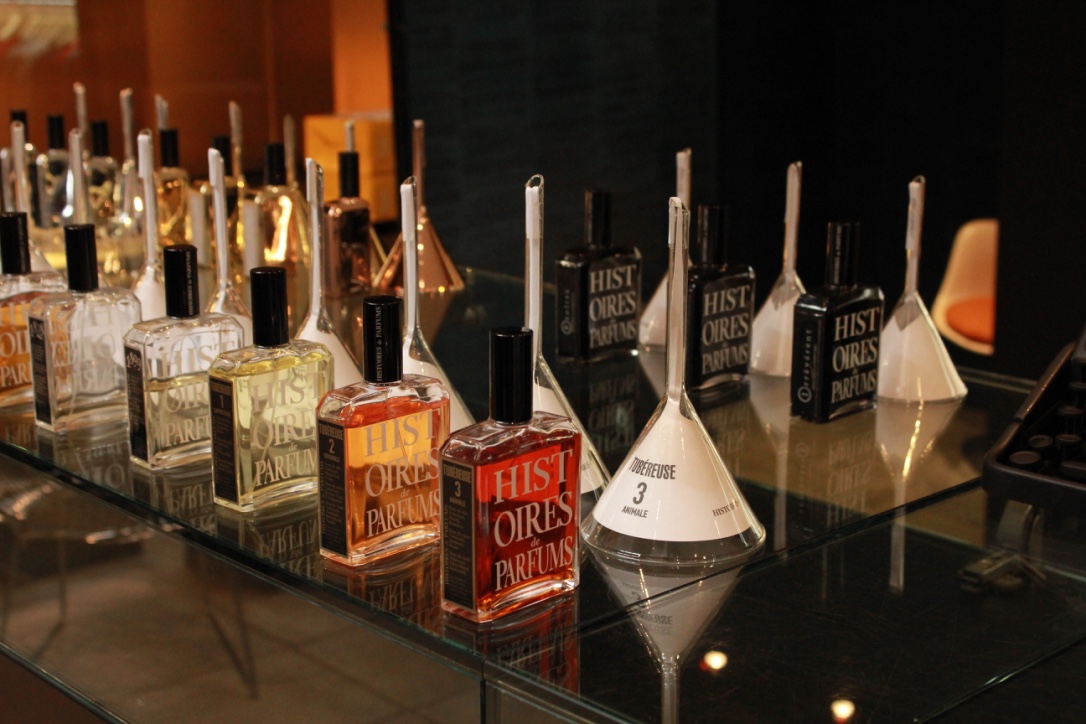 Orto Parisi is the latest line of perfumes by Italian perfumer Alessandro Gualtieri, alias "the crazy nose" (a brand that he presents as "the garden he sowed, fertilized, cultivated and harvested").

For him, our body is experienced as a garden, and its odors are the mirror of our soul. 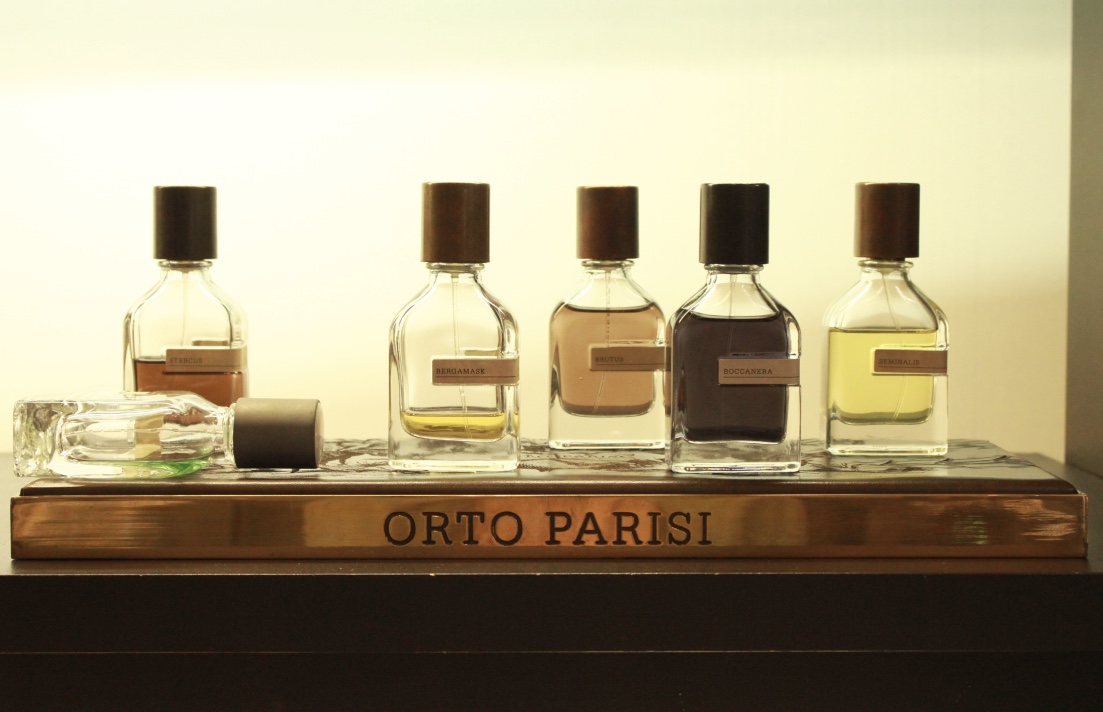 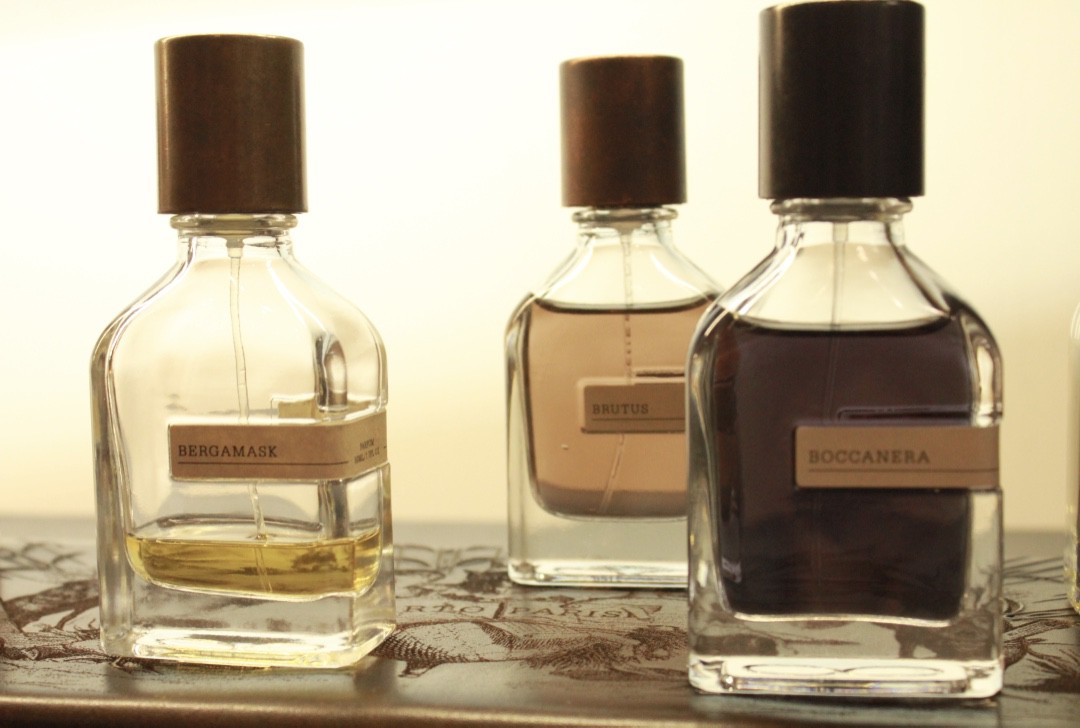 Arnaud Poulain found inspiration for the name of his brand, Les Eaux Primordiales, from the Jules Verne book “Twenty Thousand Leagues Under the Sea”.

According to him, "They are said to be the waters where the primary organisms live. They are the foundation of the first signs of life on earth”.

The design of the bottles, sober and simple, is inspired by the work of German photographer couple Bernd and Hilla Becher; in particular, a series of photographs of coal silos. 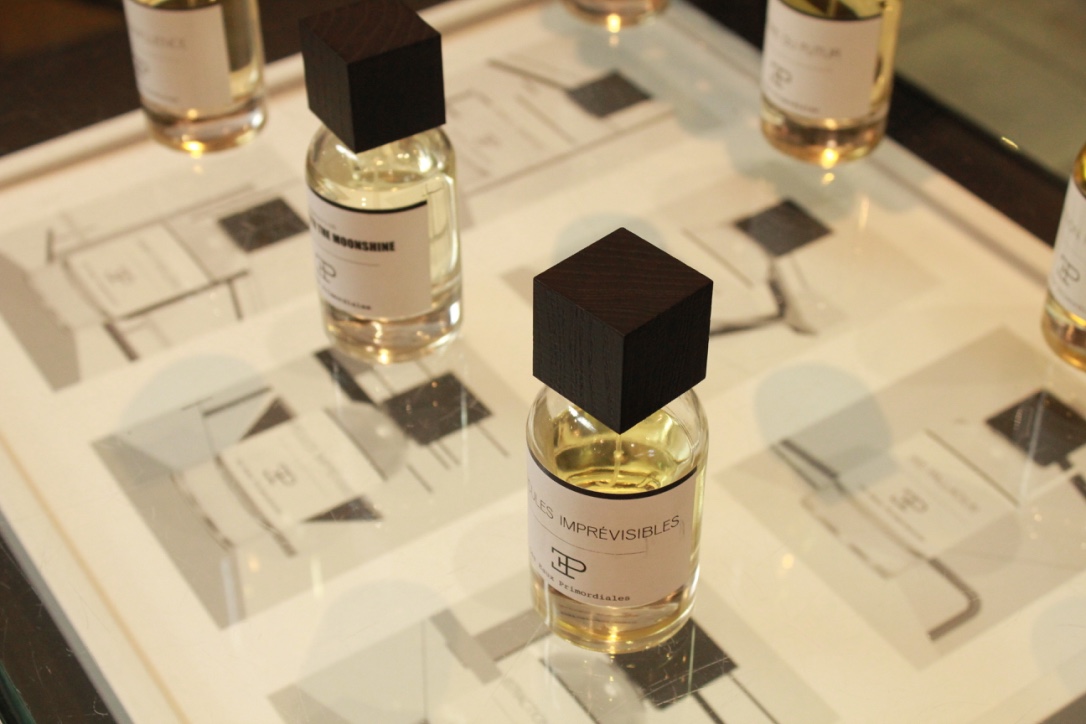 Escentric Molecules is the concept of the German "nose" Geza Schoen. The Berliner overturned the rules of classic perfumery by enhancing synthetic raw materials and reducing top, middle and base notes to a single note. In this way he isolated an extraordinary olfactory molecule, called "Iso E super". This quasi-addictive molecule is found in pheromones.

Geza Schoen radically influenced perfumery by his conceptual and minimalist approach which has been called the "perfumery of the future". 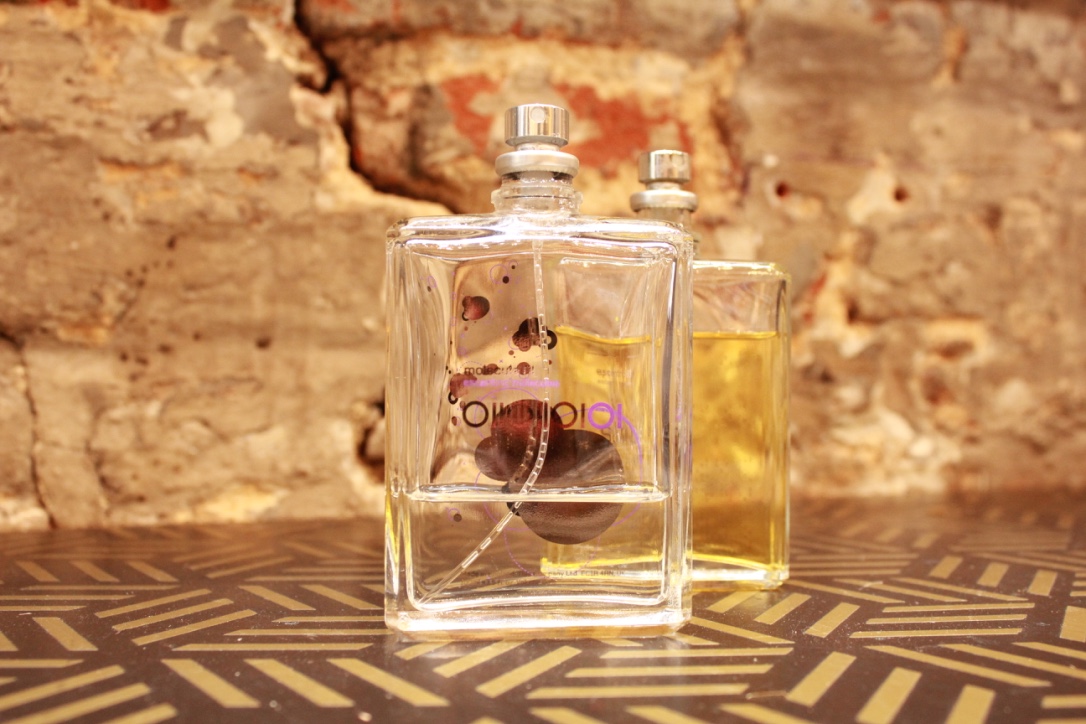 Nico Uytterhagen is a mysterious Belgian designer specialized in avanguardist leather goods and jewelery. He introduced on the market a new line of fragrances called NONONSENSE, produced in extremely limited quantities and wrapped in a leather wallet. 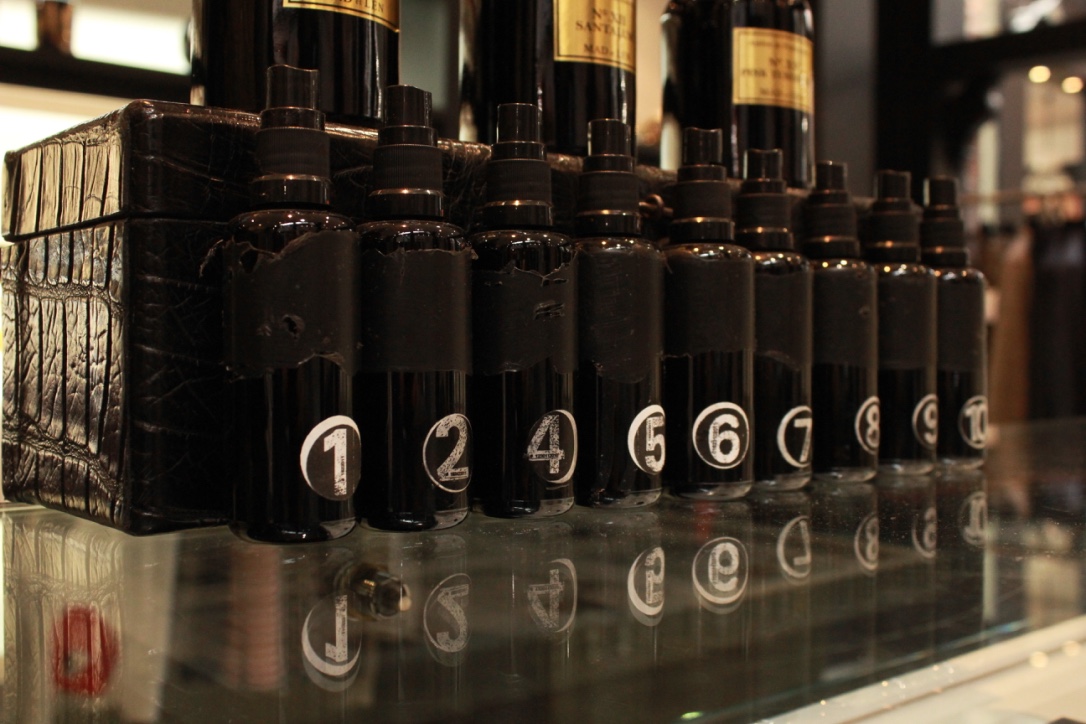 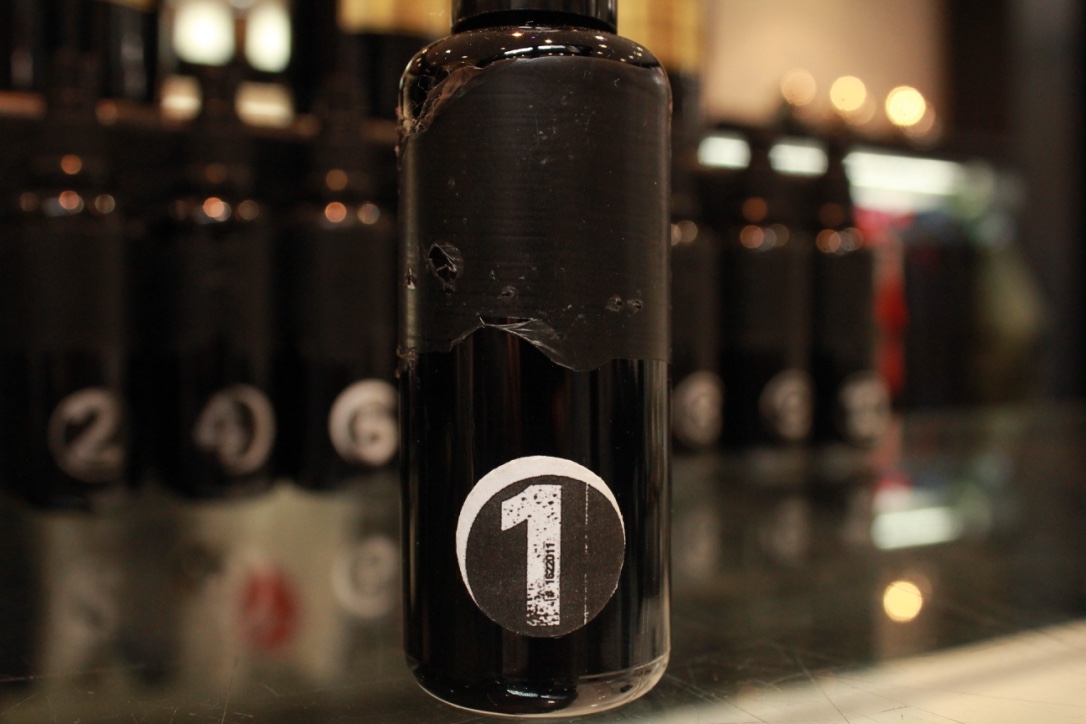 From this meeting, a long term collaboration between the two artists was born, and in 1994 Christian became the artistic director of the Comme des Garçons Parfums line. Its leitmotiv: "Stimulate our five senses, question our perceptions, never cease to marvel". 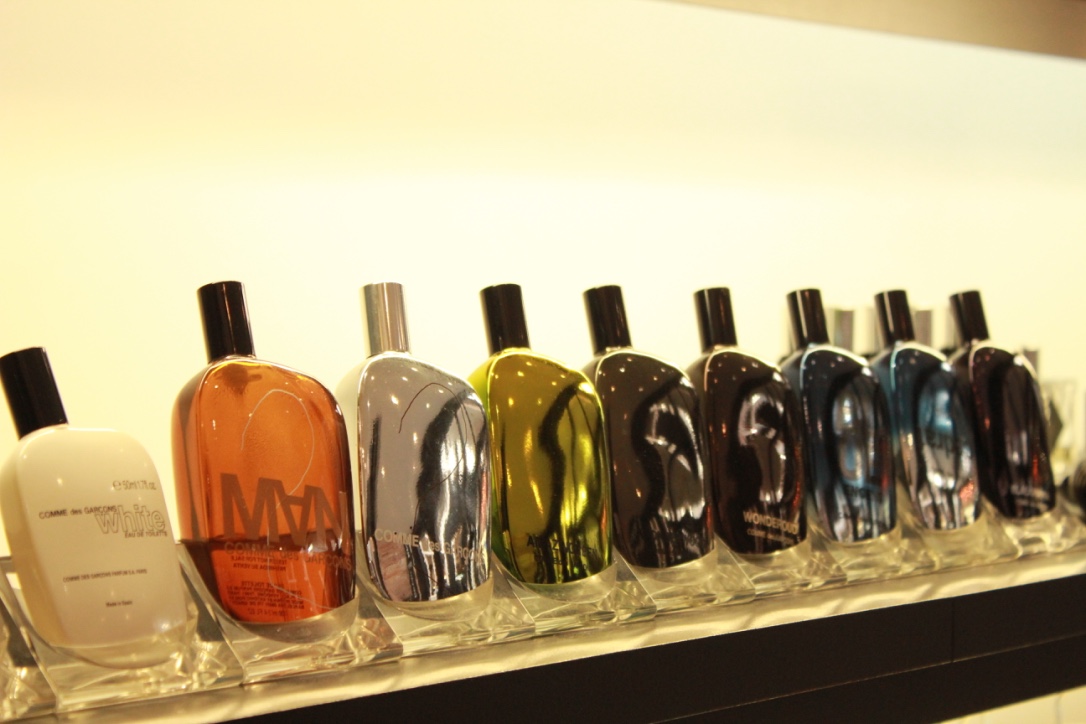 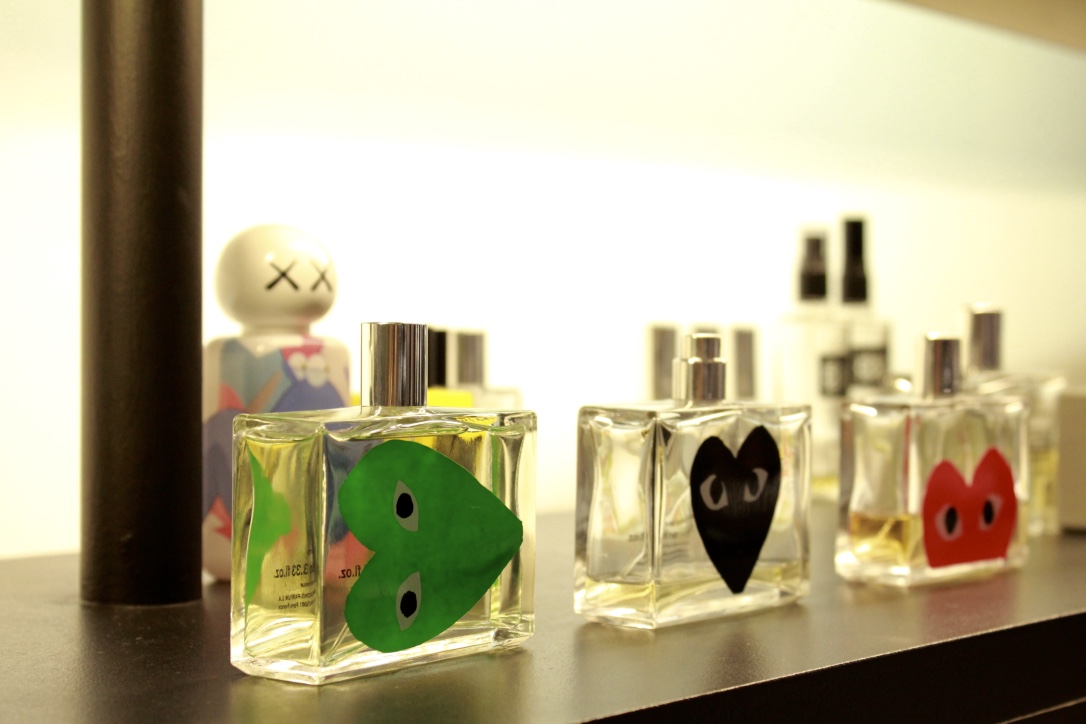